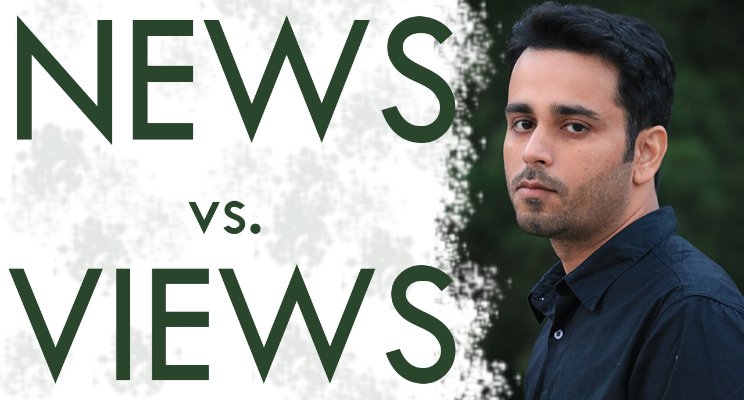 I think when the concept of News would had framed. It was meant to show North East West South – all region updates. But what our modern NEWS channels unfold is north east west south of the news but just not the real news. And why not? Simple is boring, we all are looking for the spice in it.

And damn! The TRPs, they are hell of a devil to please.

News Channels have mastered the art to jazz up even the simplest of the news. Whether it is the most crucial breaking news about the lost- found dog of a commissioner. Or regarding an intense research topic that do aliens drink cow milk and how they are travelling all these light years to steal it.

They are showing it all. Well, don’t underestimate them, they even have best of the hypothesis to support and prove.

To put it simply, News no longer is news they are just views. Same news is shown with a different angle on different News channels and media platforms. Not to miss out on the new digital platforms such as WhatsApp, Twitter.

During the Demonetisation wave, assumptions and views were all around.

My dad received a WhatsApp regarding the 2000 rupee note that it will dissolve on its own after sometime.

And then he shared it with me. I asked him if he even gave a single thought to the authenticity of this text before sharing. The point is that even the intelligent and educated people like my dad are being caught in the trap. And let’s not deny it, most of us do it, blindly every day.

We need to owe the responsibility of what we share and believe.

Media these days works on ‘Trial by Media’ strategy. Which means that Media shows its’ view point declaring it to be news even it not being investigated and proven.

You must have heard about the jasleen kaur and Sarabjit case. One single defame Facebook post by Jasleen on Sarabjit misbehaving with her, passing on vulgar comments, eve-teasing. And the guy was a declared criminal in few days on News channels and social media platforms.

And Jasleen was declared a trooper, a 21st century girl carrying the revolutionary torch. This was just after the police further investigated, it got clear that the culprit here was Jasleen. This is a pure example that we believe in what is shown to us. We believe in the structure, who cares about the design.

News which is supposed to be pure, unchanged and clean has become views in the most manipulated form.

What are the reasons??

If you ask me, the reason is us, we want all those flavours. Bollywood gossips, political drama, fights, saas bahu stuff, it is enticing and engaging. Isn’t it?

It is simple we watch it, that’s why they show it.

So, who is going wrong here too? Shouldn’t we take the responsibility of what we shall watch, read, share and believe. We always have a choice to choose what we seek to choose and what not to.

For more highlights on the topic- watch my video!! Promise to not give you any news in there, but just a peer view point.